STARRING INTO THE ABYSS 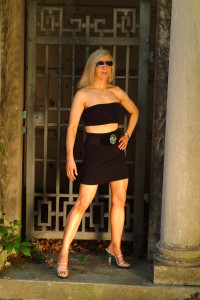 HIGH RISK PROFESSIONS
I had spent over ten years in law enforcement and had the opportunity to work around some of the most high risk offenders in the US. I had entered the profession with the goal of gaining entrance into the FBI, Secret Service, or US Air Marshalls. During my college years I had majored in Psychology and studied the profiles of serial killers and causal factors. My conclusion was that they were made not born. Serial killers are extremely rare and anyone that has ever worked in mental health institutions or juvenile corrections long enough might have crossed paths with one in their earliest stages. My goal was to get into Psychological profiling in some degree since I had worked in a forensic unit with mostly homicides.

The movie “The Silence of the Lambs,” was filmed in and around the Pittsburgh area and other cities as well. Part of the movie was filmed where I used to work. Pretty scary stuff. I recognized the scene where Jodie Foster walks down the hallway to interview serial killer Hanibal Lecter. Most criminals are not as interesting as, “It puts the lotion in the basket,” scenario. I have had some white collar criminals that were more cerebral and resourceful – but no real Hanibal Lecter’s. The serial killer Buffalo Bill was supposed to be depicting real life serial killer Gary Heidnik (Philadelphia). Heidnik had killed six women and buried them in his basement. I even met one of his victims who managed to escape – which is rare. I had a tour of death row during the early years of my career in one of the local state penitentiaries and saw Gary Heidnik face to face. That is why working in maximum security can be like starring into the Abyss. The long term affects of the brutal crimes committed by these killers continue on long after they have been sentenced and locked up. The families of the victims will never forget. Its like a nightmare that never ends. The scene where Buffalo Bill is wearing the fake cast and kidnaps the Senator’s daughter is pretty typical of how they capture their victims. Ted Bundy often used the above method to catch his victims until he was caught, arrested, and executed.

I had friends who were busy climbing the corporate ladder and earning hefty six figure incomes. They had encouraged me to get out of law enforcement and join the corporate sector. I eventual did, however, no career is without it’s risks. I was on a CERT (SWAT) Team for five years and was enjoying some very interesting training even though they would get us out in the middle of the night to practice drills. There was a reason for this style of training and the Captain that was in charge of the team had been a great teacher and mentor. I had training in criminal mental health, high risk behavior, hostage negotiations, riot control/officer retrievals, chemical weapons, drug/alcohol detox, firearms, and survival. It was interesting – but stressful. During firearm training we had to go through various drills on the shooting range until everyone passed. You had to re-qualify to carry a gun for hospital duties once a year at the police academy. Everyone is instructed by a county policeman to aim dead center at the target and then try and imagine that you have just been shot and knocked down. You then have to try and reload as quickly as possible because you have just run out of bullets and you are now shooting with only one arm – your good arm from the ground. You have to train and prepare for the worst case scenario no matter what you are faced with. So much for stress – imagine what this must do for your health. You know when a Captain informs everyone on the shift that your primary goal is to stay alive and protect the lives of your coworkers that this is not an easy profession by any means.

The reason I’m adding this to my blog is the fact that the average life expectancy for any individual who works in this profession is fifty-seven. There’s a reason for that. Any career in the criminal justice field is a high stress occupation. It’s a stress that is hard to explain – most of it is psychological stress because of what you have to work around and deal with. It’s one of the few careers other then the military, and fire Dept.’s where one has to wonder if they will make it through the day and come out alive. I have a cousin who is a commercial diver and we have compared notes to see whose career has the highest risks – we both agreed that our occupation had taken its toll on our health. Some careers are high stress in a different way such as investment bankers, sales, engineering, and medicine. A job doesn’t have to be a physical one to produce lots of stress and raise cortisol levels in the body. It’s important that if you have a high risk occupation to take extra care of your health everyday. Try to find ways to de- stress and surround yourself with positive people that you can sometimes vent to. Nothing is worth your health.