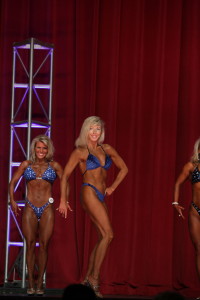 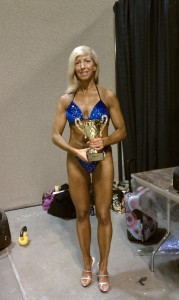 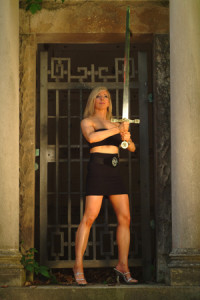 I have always been very active and athletic! When I was only eleven years old I was competitive in Archery and the coach advised my family to send me to Canada for more advanced training so I could try out for the Olympics. I became interested in weight training and bodybuilding and started training while in High School. During college I earned my first degree black belt in Shorin-Ryu karate and focused more on calisthenics and fitness. I entered the Criminal Justice profession with the goal of gaining entrance into the FBI, Secret Service, or US Air Marshall’s and specializing in psychological profiling. My college research was on serial killers and causal factors. Unable to get into Federal Law Enforcement, I used the same tenacity and work ethic and entered corporate America in outside business to business sales with the goal of getting into Pharmaceutical sales or Medical Device.

After landing a “dream job,” in advertising sales, I had been diagnosed with stage one breast cancer within days of accepting this opportunity. I had been training and was ready to do my first bodybuilding show! Once diagnosed – I had to cancel the show and face the operating room the month I was to compete! From the time I was first diagnosed with cancer, I went nuts in the gym and trained harder than ever!I did continue to train hard and did four and placed in three of them!

I’m a breast cancer survivor and NPC level athlete in the figure division of bodybuilding. I started competing after radiation treatment and did many fitness challenges before and after treatment. I wrote my motivational eBook during treatment and published it and designed a logo for T-shirts!  The name fitsurvivor started out as a nick name at the gym! Some guys saw me doing pull-ups, tricep dips and females don’t usually do this kind of exercise. When I told them I was a breast cancer patient, they couldn’t believe it. I like the name and it was a good fit for what I do; a fitsurvivor!